Rehabilitating Inga 1: A success story in the Democratic Republic of the Congo

Executing a project in a difficult area requires fast reaction times, constant communication and superior technical expertise. In rehabilitating the neglected Inga 1 plant, Voith not only exceeded expectations, but also achieved a historical milestone for the Democratic Republic of the Congo.

Aging, gritty, yet majestic, the Inga 1 hydropower plant makes an immediate impression. Located south of the roaring Inga Falls, the largest of their kind in Africa, it was the first hydropower facility built on the Congo River, in the Democratic Republic of the Congo (DRC). When it was commissioned almost 50 years ago, it had an operational capacity of 351 MW. However, with the passage of time, the hydropower plant fell into disrepair. Its capacity sank to just 50%, in addition to which the plant was plagued by low reliability.

By the time Voith won the tender to rehabilitate two Inga 1 units, the G15 and G11, in a consortium with Elecnor, more than four decades had passed since all six of the plant’s turbine generators had worked simultaneously. The five-year rehabilitation project, set up by Congolese utility company, Société Nationales d’Électricité (SNEL), and funded by the World Bank, was established to revive the dam, increase its production capacity, connect the region and encourage economic development.

Rising to the challenge

At the start of the G15 rehabilitation, the Voith team hit a wall. Or, rather, sand. Since ceasing its operation in 2009, the turbine-generator unit had filled with so much river silt, that the extent of the damage could not be fully assessed until dismantling work had started. “We faced the impact of a four-and-a-half-month delay, created by the fact that some components that should have been reused, but could not be inspected before dismantling, turned out to be in a bad condition and had to be replaced,” recalls Stéphane Francin, Project Manager at Group Division Voith Hydro.

Replacement parts – along with many other materials needed for the project – had to be imported, which presented further logistical challenges. Francin gives one example: “Some areas in the east of the country are at war. So, in order to ensure that no parts that could be misused for military purposes (for example, special electronic components) were being transported, all goods had to be inspected by an independent institute before shipment.”

Musongela Kiluka, Chief of Contracts, Administration and Budgets at SNEL, also named logistical issues as a challenge. “Sometimes there were moments when there was no on-time approval for material needed on-site. It was, therefore, very important to communicate efficiently in order to quickly initiate corrective measures.” 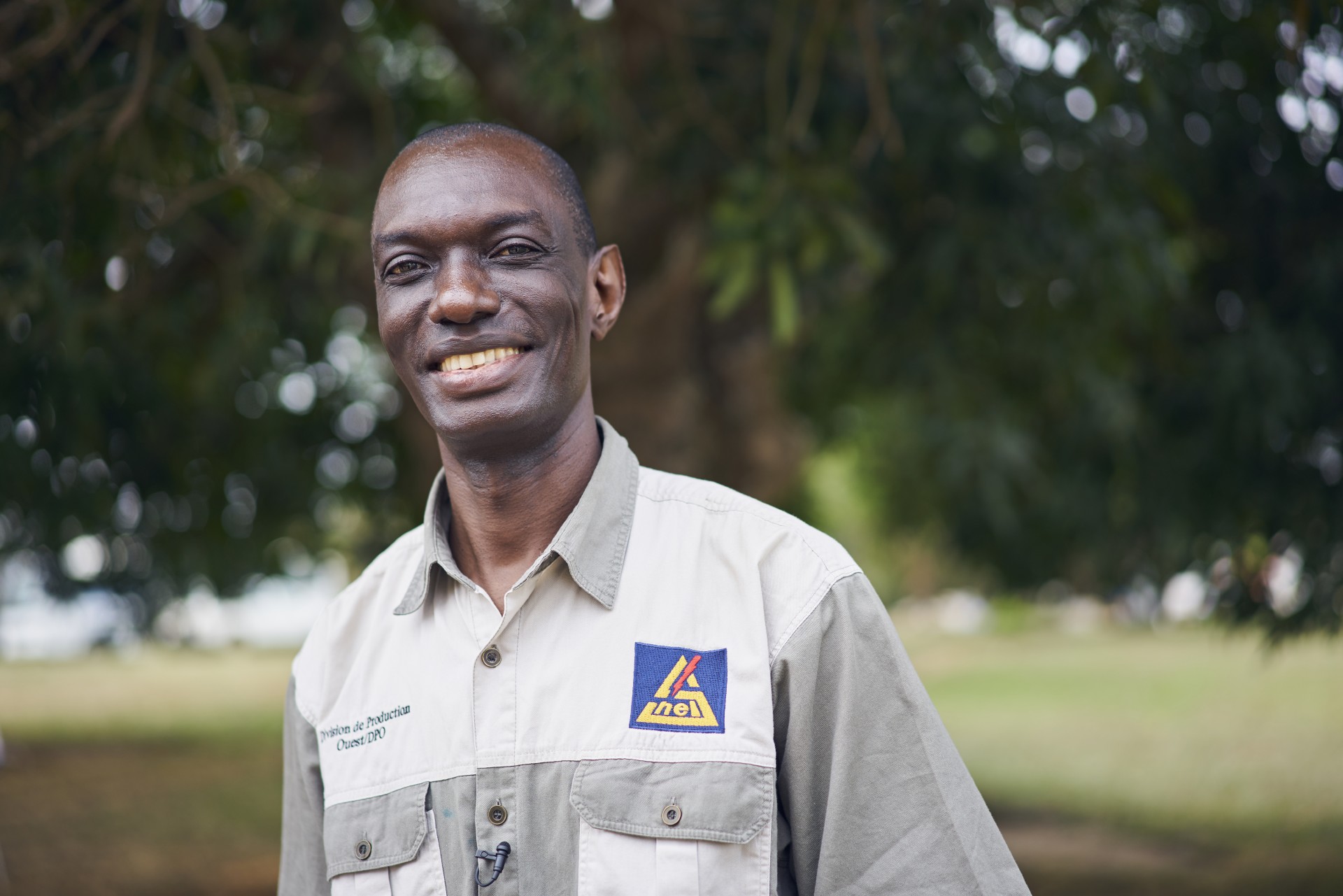 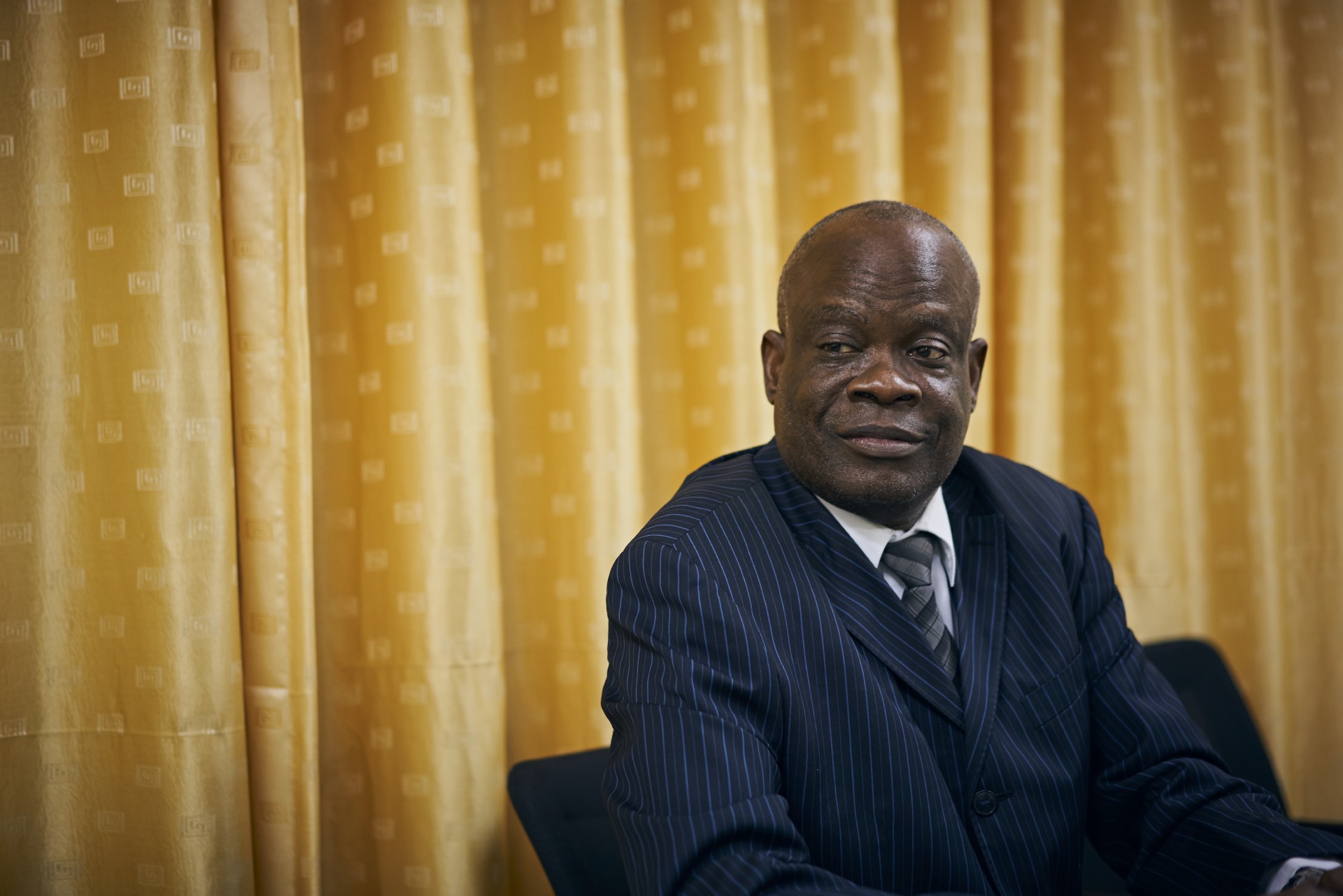 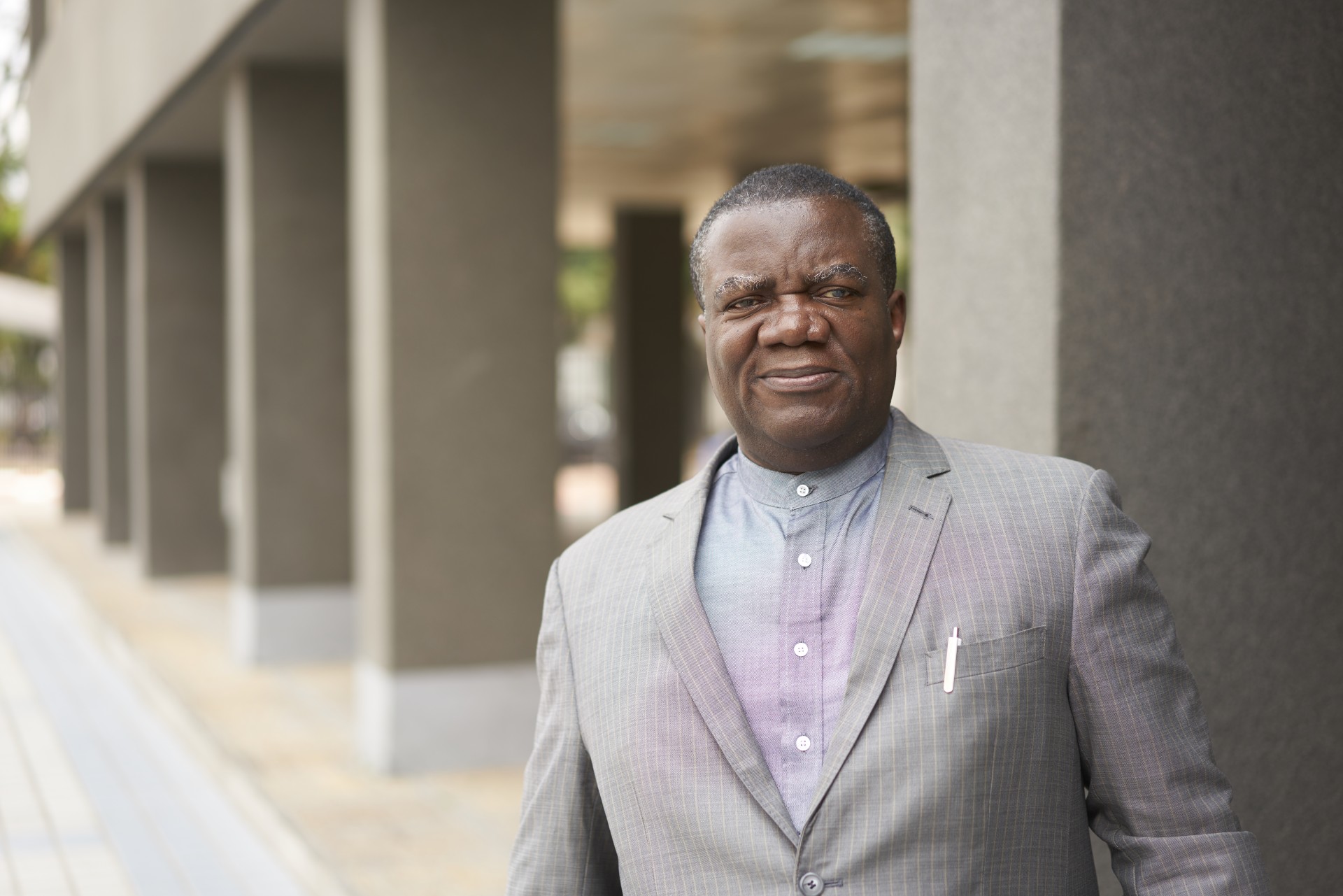 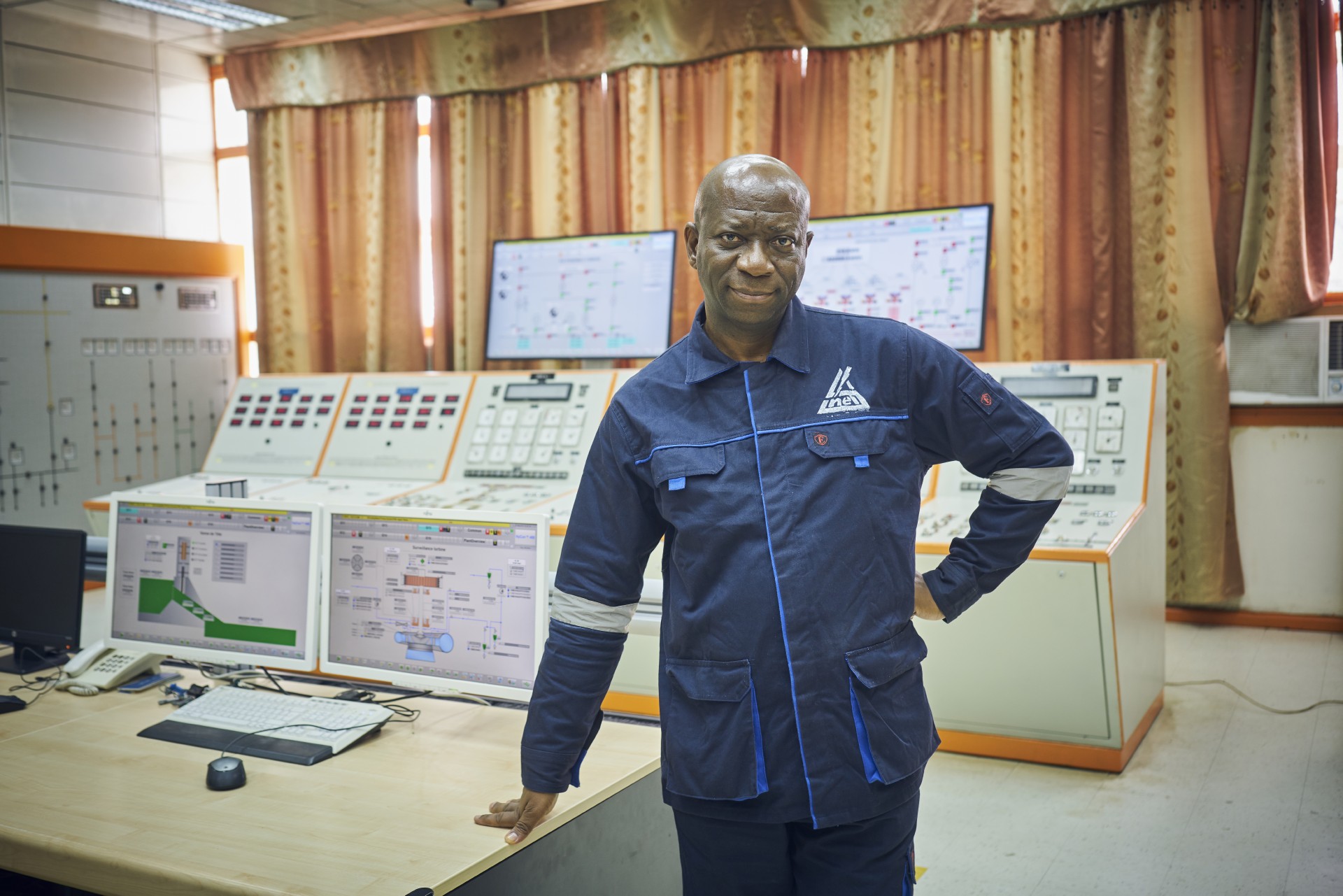 In this complex rehabilitation project, Voith delivered, communicating through technological gaps, logistical issues and challenging situations, to solidify a strong working partnership with SNEL’s project team, headed by Jose Maholo, and its engineering company, Fichtner, to circumvent problems and, ultimately, meet the demanding targets. As a result, Willy Ndala Makangela, the Director of Inga 1, says the collaboration led to the desired outcome. “Working together, we’ve delivered perfectly running machines,” he says. Musongela nods in agreement, “Voith fulfilled everything that was contractually agreed, including the deadlines.”

As a result of the rehabilitation, for the first time since being commissioned, all six turbine-generator units at Inga 1 are operating at once.

A punishing African climate, with peaks of extreme heat and humidity, in a country short on infrastructure, puts pressure on units to be robust and perform in a low-maintenance environment. In fact, since being commissioned between 1972 and 1974, neither the G15 nor the G11 had ever undergone a modernization. “Normally, units like those at Inga 1 have to be thoroughly overhauled after 40,000 operating hours,” says Henri Makap A. Muteb, Director of Production in western DRC at SNEL, “There were times when our machines had 150,000 hours under their belt, without ever having undergone a thorough overhaul.”

A brief timeline of Inga 1:

In order to meet these requirements and deliver optimal power, longevity and operational performance, Voith conducted an extensive hydraulic development program. Based on this, both Inga 1 units received a host of new components, including new Francis runners with a 4.8-meter diameter, new servomotors, wicket gates, shaft seals, heat exchangers, stator bars, stator core and pole windings. In addition, many parts, such as spiral cases, shafts, head covers, thrust bearings and rotor poles were rehabilitated. Finally, Inga 1 was brought in line with some of the world’s most modern hydropower plants through the introduction of new high-technology systems such as excitation, protection, synchronization, unit controls and a SCADA (Supervisory Control and Data Acquisition) system for the whole Inga 1 hydropower plant. Post modernization, each unit boasted a nominal capacity of 58.5 MW at a 50-meter head and 140m³/sec water flow.

Voith’s state-of-the-art applications and the expertise with which they were installed impressed Richard Kapia Boshinga, Director of Production at SNEL. “Thanks to these measures we can have a little rest now and safely expect to be well prepared for the next 30 years,” he says. The rehabilitation achieved one other milestone – for the first time since being commissioned, all six Inga 1 turbine-generator units are operating simultaneously.

The increase in capacity and stability of power supply in such a big country is crucial to the economic and social development of DRC where only 9% of the population has access to electricity,
Stéphane Francin, Project Manager, Group Division Voith Hydro.

“There will never be night in Inga. We have light,” says Pastor Israel Matondo, a respected spiritual leader in the local village of Inga. In the past, energy disruptions forced the local community to either rely on costly diesel generators or survive in the dark. Now, with increased energy production, they have access to a more stable supply.

The rehabilitation project also brought economic benefits. “Within our team, we hired local technicians, logistics experts, drivers as well as local companies for installation works, divers for underwater jobs and so on,” says Francin. Local supermarkets, banks, pharmacies and coffee shops also benefitted from an increase in business. “The people who work here earn a wage and can help their families. The impact is quite significant,” Matondo says. More broadly, Willy Ndala, Director of Inga 1, adds “The rehabilitation has been an important step in increasing electricity on the national and international stage, paving the way for a bright future ahead.”